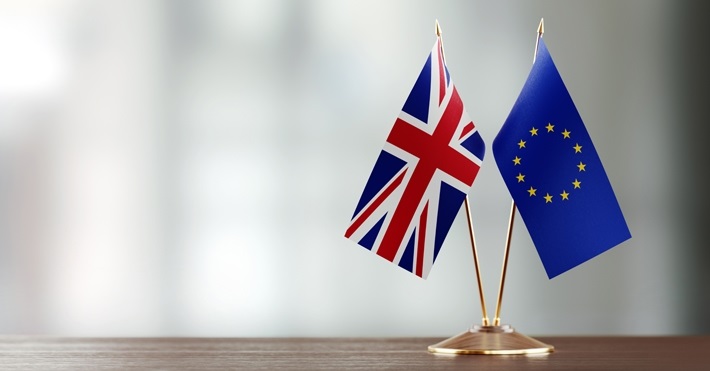 Did You Buy Low After the Brexit Vote?

Most investors are familiar with the maxim ‘buy low and sell high.’ The unfortunate reality is that it’s a difficult principle to follow. Buying low often means investing in a company when its shares are priced below full value.

Of course, accurately determining the full value of a company’s shares requires solid and continuous research, but once that value has been determined, opportunities to buy low can be more readily identified.

There are many reasons a company’s shares may trade below full value. The company may be relatively unknown, may have experienced a setback, may not have met analysts’ expectations, or may have moved lower during a market downturn, like the one we recently witnessed when the United Kingdom (U.K.) voted to leave the European Union (EU).1

Markets drop after the U.K. referendum
In late June 2016, almost three-fourths of U.K. voters – more than 33.5 million people – turned out to decide whether the nation would remain in the EU or exit the 40-year alliance. It was a close decision. With a vote of 51.9 percent to 48.1 percent, U.K. citizens chose to leave the 40 years of EU membership behind.2

It was a choice that had an immediate and significant impact on financial markets. The Guardian reported within 24 hours after the vote, world financial markets had suffered losses valued at about $2 trillion, Moody’s had reduced Britain’s credit rating from stable to negative, and the British pound fell to levels last seen in the 1980s.3, 4

Markets drop, bounce, and then drop again
In the United States, worries about Brexit initially drove markets significantly lower. But, it wasn’t long before markets rebounded as investors decided the greatest risks associated with the British decision were country specific and unlikely to immediately affect global growth. The Wall Street Journal reported:6

“Two of the best days for stocks this year helped mitigate two of the worst, turning major U.S. indexes positive again for 2016. U.S. stocks rallied as worries about the U.K.’s vote to leave the European Union appeared to ease. The Dow Jones Industrial Average rose 1.6 percent, the S&P 500 gained 1.7 percent, and the NASDAQ Composite rose 1.9 percent. Traders described a sense of equilibrium returning to the market.”

European stock markets also rebounded in the days following Brexit. Both the FTSE 100, which emphasizes multinational stocks whose revenues are earned primarily outside of the U.K., and the FTSE 250, which emphasizes domestic U.K. companies, rose more than 3 percent by the end of the week, according to The Wall Street Journal.6

However, markets remained volatile. Not long after the vote, U.K. markets suffered additional setbacks on concerns about the effect of Brexit on financial companies and U.K. commercial property values (some companies may move from Britain to the EU) as well as the effect of the weaker pound on consumer staples companies.7

Keep Calm and Carry On
Just as the British government’s 1939 motivational poster suggested, when market crises occur, it is a good idea for investors to ‘keep calm and carry on.’ While events like Brexit tend to create discomfort among investors and sometimes result in markets tumbling lower, they also create buying opportunities.

“Have the courage of your knowledge and experience. If you have formed a conclusion from the facts and if you know your judgment is sound, act on it – even though others may hesitate or differ.”

Graham believed investors should always have a margin of safety and should never overpay for a company, no matter how exciting it may be.

“Many studies show that a lot of investor money moves in and out of stock funds at the wrong time, often buying high and selling low. For example, at the height of the 2007 stock market bubble, investors were pouring money into stock mutual funds. After the 2008 plunge, however, those same investors took their money out of stock funds and ran for the hills, not to return until 2013, when stocks were hitting an all-time high.”

Two of the most valuable services financial professionals can provide are: 1) identifying investment opportunities that can help investors meet their long-term goals, and 2) being the voice of reason when market volatility inspires fear and a desire to sell low. During times like these – when global markets are unsettled – a financial professional can be a valuable asset.

The opinions voiced in this material are for general information only and are not intended to provide specific advice or recommendations for any individual. All performance referenced is historical and is no guarantee of future results. All indices are unmanaged and may not be invested into directly.
The economic forecasts set forth in this material may not develop as predicted.
International investing involves special risks such as currency fluctuation and political instability and may not be suitable for all investors.
The fast price swings in currencies will result in significant volatility in an investor’s holdings.
Sources:
1 http://www.investopedia.com/university/value-investing/value-investing2.asp
2 http://www.economist.com/brexit (or go to
https://s3-us-west-2.amazonaws.com/peakcontent/Peak+Documents/Aug_2016_TheEconomist-EU_Referendum_Results-Footnote_2.pdf)
3 https://www.theguardian.com/business/live/2016/jun/24/global-markets-ftse-pound-uk-leave-eu-brexit-live-updates
4 https://www.theguardian.com/business/2016/jun/23/british-pound-given-boost-by-projected-remain-win-in-eu-referendum
5 http://www.reuters.com/article/us-global-markets-idUSKCN0Z92MZ
6 http://www.wsj.com/articles/global-markets-rise-as-brexit-worries-ease-1467185655 (or go to https://s3-us-west-2.amazonaws.com/peakcontent/Peak+Documents/Aug_2016_WSJ-US_Stocks_Rally_Along_with_Global_Markets_as_Brexit_Worries_Ease-Footnote_6.pdf)
7 https://www.thestreet.com/story/13630875/2/european-stock-markets-burdened-by-financials-consumer-amp-property.html
8
https://s3-us-west-2.amazonaws.com/peakcontent/Peak+Documents/Aug_2016_The_Intelligent_Investor_Pages_512-513-Footnote_8.pdf (Graham, Benjamin, The Intelligent Investor, Revised edition)
9
https://s3-us-west-2.amazonaws.com/peakcontent/Peak+Documents/Aug_2016_The_Intelligent_Investor_Page_524-Footnote_9.pdf (Graham, Benjamin, The Intelligent Investor, Revised edition)
10 http://blog.aarp.org/2014/11/17/are-you-an-irrational-investor-heres-how-to-tell/
This material was prepared by Peak Advisor Alliance. Peak Advisor Alliance is not affiliated with the named broker/dealer.