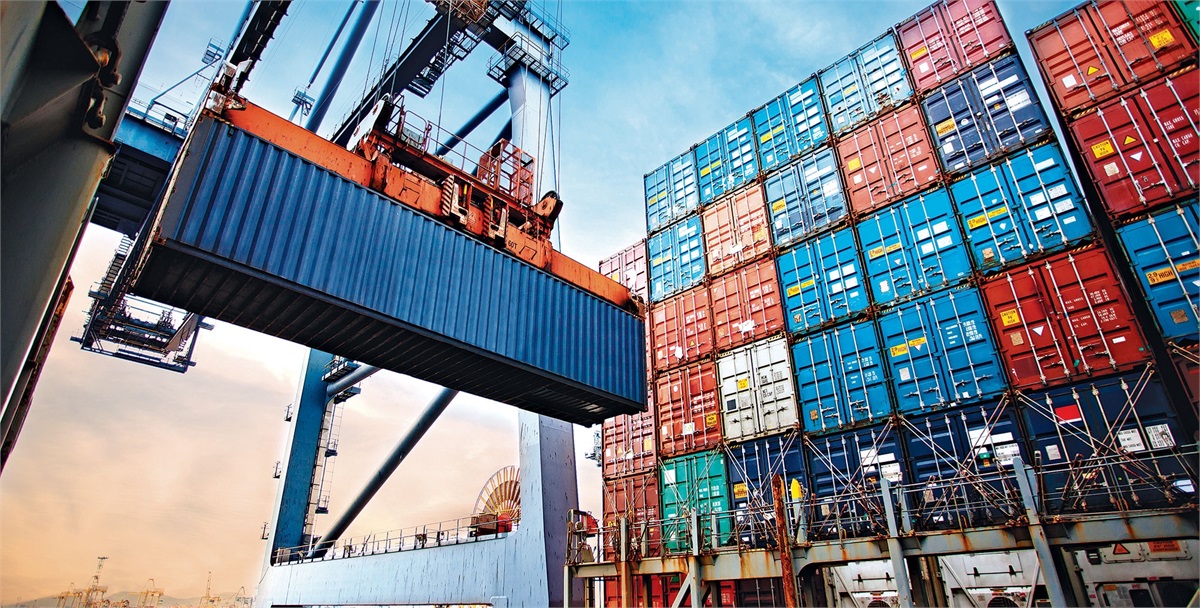 In recent years, investors have largely ignored geopolitical risks. Russia’s invasion of the Crimean Peninsula, the Brits’ vote to leave the European Union (EU), unrest in the Middle East, and other global events have not affected financial markets’ upward progress. When tariffs came between the United States and its allies, financial markets blithely breached new highs. However, the possibility of a trade war between the United States and China took the spring out of the bull market’s step late in the second quarter of 2018.1

It is possible countries previously embroiled in geopolitical turmoil, such as Russia, Ukraine, Britain, Canada, and Mexico simply weren’t large enough, from an economic perspective, to move global markets, as economist Nouriel Roubini suggested in The Guardian. That’s certainly not the case for China and the United States, which boast the largest economies in the world.1, 2

A serious risk to economic growth
As the tenor of trade talks between the two nations has become more discordant, leading financial firms have been outspoken about the risk to the U.S. economy and financial markets. In a June 2018 commentary, BlackRock wrote:1

“Even without a full-blown trade war, escalating frictions could weigh on business confidence – and growth. Economic fundamentals are still running strong and underpinning our risk-on view in the short term, but we advocate building increased resilience into portfolios as macro uncertainty rises.”

The relationship between China and the United States has moved to the top of BlackRock’s list of geopolitical risks that may negatively affect global and U.S. economic expansion. In late June, the top threats on the list were:3

1) The United States and China imposing tariffs and restricting trade and investment
2) U.S. sanctions on Iran reinvigorating the country’s nuclear threat while hurting European and Asian companies that do business in the country
3) The disintegration of the North American Free Trade Agreement (NAFTA)
4) Successful cyber-attacks by state and non-state entities

The cost of tit-for-tat tariffs
Gary Cohn, who served as Director of the National Economic Council before resigning, believes tariffs imposed on American goods by other nations have the potential to offset economic gains delivered by tax reform. He also anticipates tariffs will push prices and inflation higher and lead to an economic slowdown in the United States, reported The Washington Post.4

Tariffs could diminish corporate profitability, too. Like it or not, globalization has occurred. Economies of countries around the globe are intertwined. In the United States, product manufacturing is often dependent upon imports of parts or raw materials from other nations. Tariffs increase the prices of these imports and that, in turn, increases the cost of production and the price to consumers, explained Morgan Stanley.5

When the EU imposed retaliatory tariffs, a well-known U.S. purveyor of motorcycles announced it would move some production out of the United States to avoid the additional expense. EU tariffs were expected to increase the company’s costs by $30 to $45 million during 2018, according to The Economist.6

Other U.S. industries may have fewer options. The Economist reported:6

“Mexico and Canada, as well as the EU, have targeted foodstuffs, from pork and apples to cheese and orange juice. American farmers will have to find other markets, lower prices, or cut production…jeans, another target, are made all over the world. Textiles firms may be able quietly to siphon production away…auto manufacturers may expand in Mexico and make less in America for sale abroad.”

Many U.S. companies affected by tariffs have taken no action – yet. That could change if tariffs persist and bloom into trade wars.

Macroeconomics don’t have to affect your financial goals
While it’s important to understand the potential effects of tariffs and trade tensions on the economy and financial markets, it doesn’t mean investors should alter their financial plans. In uncertain times, holding a broadly diversified portfolio designed to help you reach your specific financial goals and live the life you want to lead is a sound course of action. If you haven’t rebalanced your portfolio recently, it’s a good time to review your holdings with your financial advisor and make sure your risk profile is as it should be.

Heightened trade tensions may increase volatility in financial markets. That may create a bumpy ride that includes some unnerving dips in the value of financial markets. Try to remember market downturns often create opportunities to invest in great companies at attractive prices.

Sources:
1 https://www.blackrock.com/investing/insights/weekly-commentary
2 https://www.theguardian.com/business/2017/may/08/why-the-global-markets-are-ignoring-the-global-turmoil
3 https://www.blackrockblog.com/blackrock-geopolitical-risk-dashboard/
4 https://www.washingtonpost.com/news/wonk/wp/2018/06/14/trade-war-could-wipe-out-gains-of-gop-tax-law-former-top-trump-economist-says/?noredirect=on&utm_term=.993c6d796817
5 https://www.morganstanley.com/access/concern-about-trade-conflicts
6 https://www.economist.com/finance-and-economics/2018/06/30/harley-davidson-shifts-some-production-out-of-america (or go to https://s3-us-west-2.amazonaws.com/peakcontent/Peak+Documents/Aug_2018_TheEconomist-Harley-Davidson_Shifts_Some_Production_Out_of_America-Footnote_6.pdf)
This material was prepared by Carson Group Coaching. Carson Group Coaching is not affiliated with the named broker/dealer.
Investing involves risk including possible loss of principal. No investment strategy or risk management technique can guarantee return or eliminate risk in all market environments.